If on a winter’s night a traveller

The title is borrowed from the postmodernist novel by Italo Calvino – where interspersed, shifting voices leave the reader questioning the notion of reading as an activity, and gives the eerie feeling of being watched as you read.

The suggestion is that viewing these paintings works in a similar vein: that the observer is encouraged to query what it is to look at art.

These paintings begin as blank surfaces, are worked at in a studio, are then wrapped and crated, and eventually hung and positioned among other paintings; imagining that process, we, the spectators, begin to question our position in the activity of looking. We might also, in some way, become aware of being looked at, too – by the artists who have made their marks with our looks in mind. 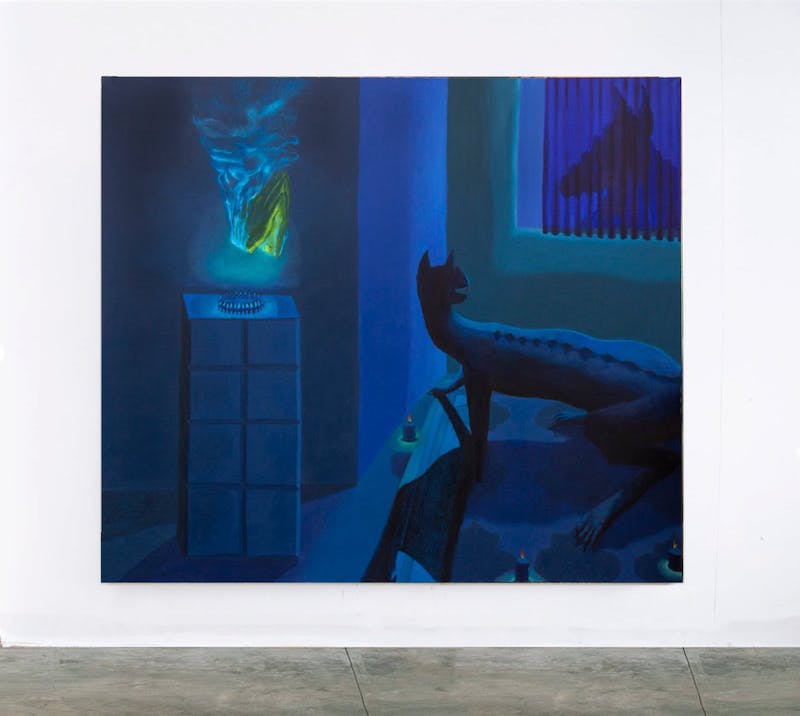 Calvino could, like any writer, alter his text unbeknownst to any reader, wiping away at his work with a rubber or with the dab of a backspace key. In painting, erasures are sealed to the surface. Each decision – and indecision – are like layers of skin that can be peeled back, scraped away, masked but seldom obliterated. The canvas becomes like montage is for film; a frame for condensed time where incongruous objects, figures, furnishings and even seasons overlay one another, and accrue some kind of affinity.

The artists in this show work in differing ways – some painting from life, some from photography, others appropriating their subjects from 16th-19th century painting. Within the confines of the cotton-duct stretched canvases, an infinity of space opens up. Each canvas, placed among its counterparts, becomes something quite new released from confines and the privacy of the artist's studio. Each painting has gained you, its viewing public. This changes them. In looking, you change what you look at.